I love this time of year!  The beautiful foliage has a wonderful array of magnificent colors in hues of golds and reds.  The trees have started to shed last years leaves in order to welcome the first blanket of freshly white snow.  Your clothes become a little bit warmer and everyone feels like cuddling up by a fire and sipping on cocoa.  The holiday season is indeed upon us and that brings good food, good friends and the love and joy of family.  Mom is busy making pies while dad tends to the turkey.  Thanksgiving is a time of reflection and to give thanks for all the gifts that life has to offer.  Sitting down to break bread and enjoy an overabundance of food is just one of the pleasures of the season.  My favorite is relaxing with some hot cider and enjoying a Thanksgiving classic movie or two with the family.   So what are some of the best family movies for Thanksgiving?  See if yours made our top five. 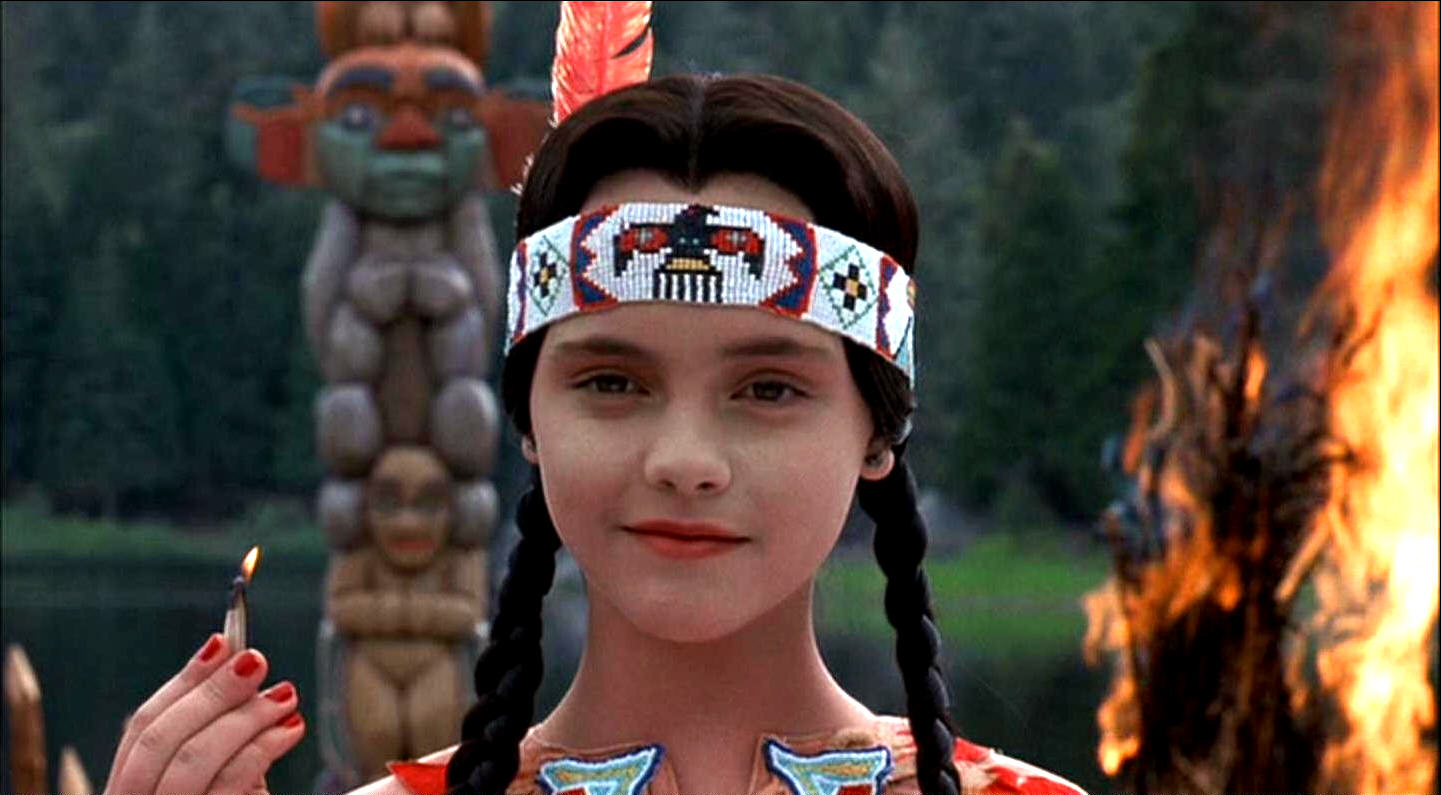 Pugsley and Wednesday Addams aren’t very happy with the new addition to the family: their new baby brother, Pubert. Morticia is restless, and Gomez only wants her to be happy, so he tries to fix everyone’s problems by hiring a nanny. The Addams’ finally find the perfect nanny in Debbie: a seemingly innocent woman with an impeccable wardrobe and a way with her hands. She charms the family, especially Uncle Fester, who is head-over-heels for her. However, Wednesday and Pugsley see through her sensual facade: Debbie is only after Fester for his money. Before they can rat on her, she has the kids sent off to summer camp, as she and Fester get married. While she tries (several times) to kill Fester and make it look like an accident, Pugsley and Wednesday must battle ever-cheery camp directors and spoiled rich kids to get back to their family and warn them of Debbie’s plans.

Based on the true story of Leigh Anne Tuohy and Sean Tuohy who take in a homeless teenage African-American, Michael Oher. Michael has no idea who his father is and his mother is a drug addict. Michael has had little formal education and few skills to help him learn. Leigh Anne soon takes charge however, as is her nature, ensuring that the young man has every opportunity to succeed. When he expresses an interest in football, she goes all out to help him, including giving the coach a few ideas on how best to use Michael’s skills. They not only provide him with a loving home, but hire a tutor to help him improve his grades to the point where he would qualify for an NCAA Division I athletic scholarship. Michael Oher was the first-round pick of the Baltimore Ravens in the 2009 NFL draft.

After years of fruitless warning of his farmyard brethren of the coming Thanksgiving doom, Reggie the Turkey finds himself spared as the annual Pardoned Turkey. However, Reggie’s easy life is disrupted by Jake, a fanatic turkey who drags him along with the insane idea of going back in time to make sure turkeys are not part of the first Thanksgiving. Through foolhardiness and luck, the pair manage to take an experimental time machine to do just that. Now in 1621 at the Plymouth colony, Reggie and Jake find themselves in the middle of a turkey clan’s struggle for survival. In doing so, their preconceptions of the world and themselves are challenged forever in a conflict from which the world will never be the same.

In New York the marketing executive Neal Page wants to travel home to Chicago for Thanksgiving. He has difficulties getting a taxi and his flight is cancelled. He meets in the airport the clumsy and talkative shower curtain ring salesman Del Griffith who has taken his cab and they travel side-by-side to Chicago. However the bad weather shuts down O’Hare Airport and they land at Wichita, Kansas. They both want to go to Chicago and they decide to travel together. Along their journey Neal changes his viewpoint about Del Griffith and his own behavior. 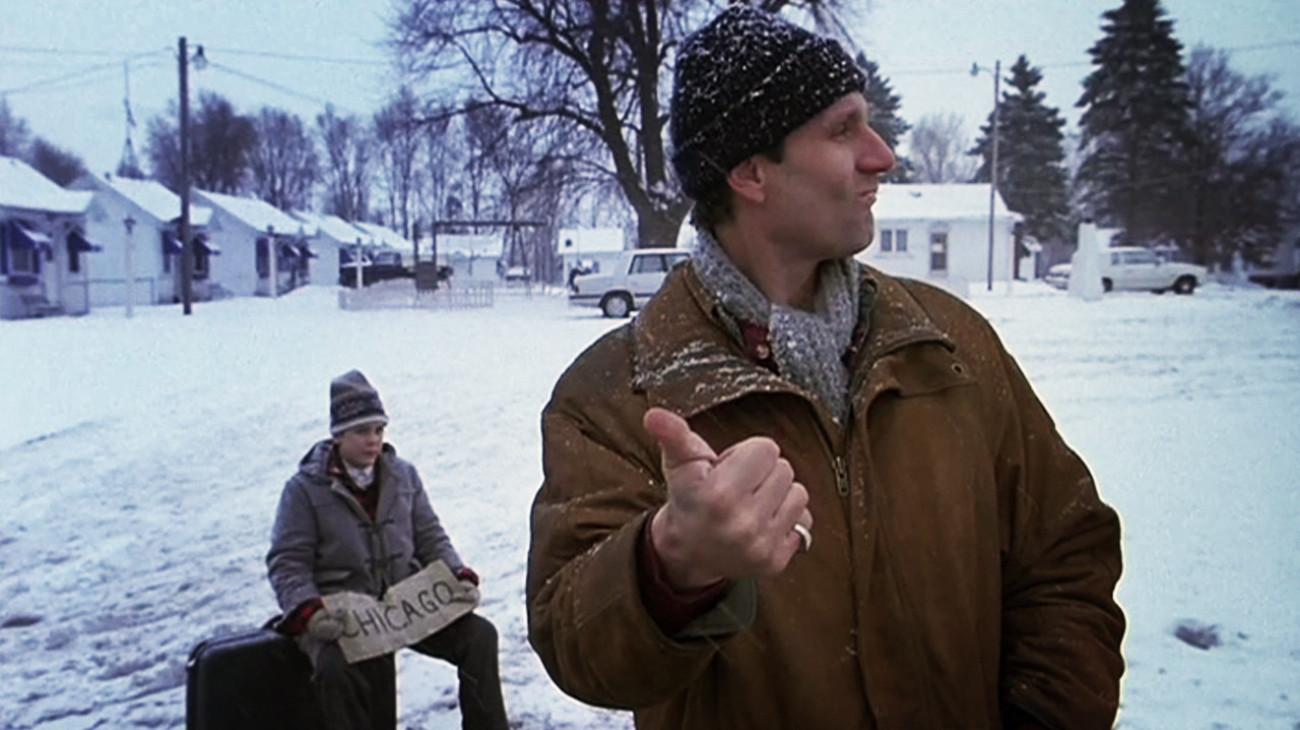 Working-class good guy Dutch Dooley is the current boyfriend of a wealthy, snobbish tycoon’s ex-wife. Volunteering to drive the woman’s son home for Thanksgiving to Chicago from his boarding school in Georgia, little does Dutch expect the picaresque adventures in store for him. When a blunt, down-to-earth construction worker takes to the road with an insufferable twelve-year-old snob (desperately insecure under the surface) who does not approve of him in the least, quite a little must happen before they can reach their destination as friends — or, for that matter, get home at all.